The earliest archaeological evidence of Wine making dates back 7000 BC in China, followed by Georgia in 6000 BC, Iran in 5000 BC, Greece (c. 4500 BC), and Sicily (Italy) finally in 4000 BC. However, grapevines in India was introduced by Persian traders in the Bronze Age know through the archaeological evidence of viticulture being practiced in Indus Valley. Gradually, wine made from grapes or fermented grain beverages became common in the region.

In the 19th century, during Dutch, Portuguese (who also introduced port wine India) and British colonization, winemaking was encouraged by the then colonial government. However, with Phylloxera epidemic, the infamous pest infestation the wine roots and leaves, adversely hit the peak of the Indian wine industry. With the major vineyards destroyed due to pest influx and the disapproval by the local population, the beginning of the 20th century saw t he industry being completely wiped out.

Fortunately, Wine production returned to India in the 1980s, with Chateau Indage being one of the first companies to attempt large scale viticulture. It was Grover Vineyards, in 1988 who introduced Indians to Cabernet Sauvignon and Shiraz, and pioneered the Indian wine industry. Albeit, wine was limited to hotels and restaurants, after Sula Vineyards was initiated, the Indian Wine Industry was reborn. Since 2000, the Indian wine industry has been growing exponentially producing wine harmonizing European quality standards.

India’s diverse climate and distinct geology covers select areas which are superlative for wine production. Since, vineyards need higher altitudes along slopes and hillsides to benefit from cooler climate, the altitude of India’s vineyards typically range from around 660 ft (200 m) in Karnataka, 984 ft (300 m) in Maharashtra, 2,600 ft (800 m) along the slopes of the Sahyadri to 3,300 ft (1000 m) in Kashmir. There are two main winegrowing regions in India, Nashik, in the state of Maharashtra, near Mumbai; and Nandi Hills, in Karnataka, near Bangalore.

Coming of age, the Indian consumers have developed an appreciation for home grown wines and brews, leading to new varieties and diversities in Wine. With Seventy producers accounting for over 24 million bottles that India produces per year, a fraction, of about 10 percent is exported. The principal red grapes are Shiraz, Cabernet Sauvignon, Merlot and Pinot Noir. White varieties include Sauvignon Blanc, Chenin Blanc and Chardonnay. Luxury lifestyle consumers are constantly showing keen interest in developing their wine and food pairing knowledge and evolving their traditional palate which has consequently inevitably lead to the creation of a number of wine clubs and societies in India.

The Delhi Wine Club was founded in 2002.

Over the years, wine also got a reputation of being a ‘studied drink’. One has to be knowledgeable about grapes and wines to be a stated connoisseur. And thus, wine preservation becomes another key aspect for wine connoisseurs and sommeliers alike.

Sub-Zero wine storage units are more than just coolers; they are a sommelier’s saviour against heat, humidity, vibration, and light—the four enemies that can rob wine of its complexity, character, and taste. 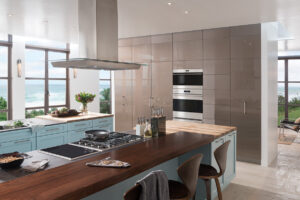 Too little moisture in the air makes corks dry and shrink, causing wine to oxidize. Too much, and both corks and labels may peel and rot. Sub-Zero’s dual evaporators—one for each storage zone—maintain steady, moderate humidity. Also, Light can affect the aging of wine, especially the invisible ultraviolet light that can penetrate wine bottles. Sub-Zero’s UV-resistant, bronze-tinted glass shields wine to preserve its good taste.

You may choose freestanding, built-in, column or under counter, Sub-Zero has variety of options to choose from with options over-and-under along with refrigerator and/or freezer drawers. You can enjoy flexibility in wine storage unit widths (18”, 24”, 30”) as well as bottle capacity (46 to 147). With stainless and custom panel-ready aesthetics, one can select the classic, clean look of stainless steel or custom panels to coordinate with existing cabinetry.

Sub-zero is the one of the best luxury refrigerator brands in the world and is now available in India. It prides itself on providing the best wine preservation systems that embody great design, impeccable quality, and 20 years of durability. The Exquisite and trendy – Sub-zero wine preservation systems offers you functional appliance amalgamated with tastefully designed aesthetics. 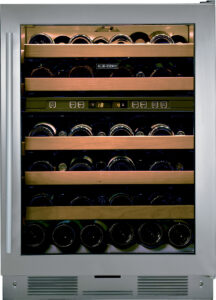